RF Design Can Be a Tricky Endeavor

Attaching the antenna to the outside of the chassis can effectively prevent Wifi/5G from being interfered with by the onboard components, but for the need of putting it inside, antenna placement and circuit design on the board is critical.

Some design issues are easy to spot, while others are far more difficult. When the power consumption is too high, you can typically find the problem area by sticking your probes in the right place. When your CPU is sitting idle because you have the wrong memory type or not enough memory, that’s easy to spot and fix for a seasoned engineer.

However, the world of RF is a virtual unknown for most engineers. Typically, system makers look for the RF vendors to supply them with a black-box part. This means that the black box contains all the components necessary to make the RF subsystem operate properly. No tuning is necessary, and all that’s likely required is some passive components. In this case, the antenna is normally attached to the outside of the enclosure for good signals. 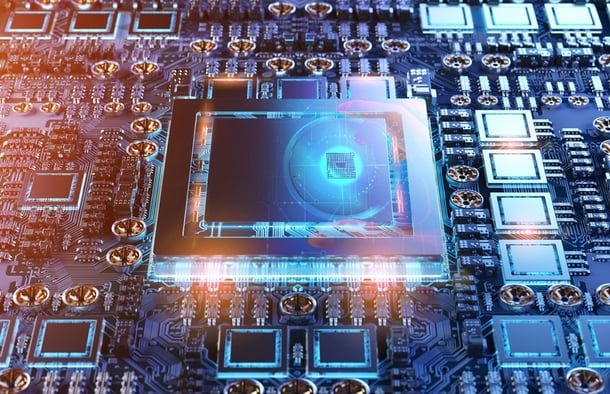 Antenna placement next to a motherboard is a precise art, not a random act. Putting the antenna at the wrong angle or in the wrong place can cause RFI issues that are difficult to solve.

Engineers do have the option of designing the RF subsystems within the chassis, including the antenna. However, what do you do when that RF subsystem is affected by interference from other components on the board? First of all, how would you even know that it’s happening? Issues like this are far more common than you might expect.

The research and development team at DFI are well educated in this area of radio-frequency interference, better known as RFI, and electromagnetic interference (EMI), and they are here to help. The problem could be very complex, with some components that just don’t work well with other components. Or, it could be relatively simple, where moving an antenna to a different angle or different place in the system solves the problem.

Just like in any environment, you need the RFI to be “quiet.” With very little noise present, the antenna’s reception will be improved. Various regulations are in place to ensure that electronic devices control the energy value of unintentionally radiated EMI, and also ensure that unnecessary electromagnetic wave radiation energy in space does not interfere with wireless communication functions. However, your average motherboard designer may not be aware of these regulations or may simply think they don’t apply to this “simple” motherboard.

With multiple power and ground planes and devices operating over the full frequency spectrum, EMI and RFI are quite likely. Proper planning for the signal routing is key, as is using high-frequency signal simulation and analysis, as well as impedance matching control and continuity, and avoiding discontinuities in the signal paths. And the impedance characteristics of each part should be adjusted at high frequencies.

This combination of complexity and density of the electronic components makes every signal a potential source of unintentional radiation. The space around the motherboard is full of electromagnetic waves at fundamental and harmonic frequencies that interfere with the frequency band used by wireless communications.

One fundamental question for developers is where the antenna should be placed. It’s critical that the angle and position be adjusted so that the antenna receives useful signals rather than useless interference.

Typically for IPC or embedded box PCs, antennas are attached to the outside of the case. While this simplifies the design, it also serves to use the metal casing as a shield against RFI generated from the motherboard and avoid many of the interference issues. For applications that can’t handle the external antenna, DFI’s experts have come up with a workable solution that puts the antenna inside the chassis, yet does not cause interference.

To avoid interference, other components inside the system also must be shielded from RFI, such as DDR modules, clock chips, PWM ICs, and so on. Placing them inside metal cans or other shielding may sometimes help, but that can be expensive or even less effective. Based on DFI’s experience, the most effective way to reduce the radiation of RFI energy is to design the shielding on the motherboard while planning the signal routing on the PCB.

In addition to the hardware design, the software design must also be tuned to reduce RFI for systems that operate in the RF spectrum. This is yet another area where the DFI experts can help.

For better or worse, 5G and other related RF-related technologies are coming, if they are not already here. And the number of antennas is multiplying, as more radios are added. So developers need to adapt. The DFI experts are ready to assist.

Need to place the antenna within the enclosure?